For our next event, on October 11th, we are preparing our old- or young-timer for a ride organised by our member Kees. We are going to the island of Voorne-Putten. GCCC old hands may remember that we’ve been there before, twice in fact, in 1996 and in 2000. That’s a while ago, of course, but it so happens that we will start from the same restaurant as we did 15 years ago.

Driving through the South-Holland island of Voorne-Putten we see a surprisingly vast and rural area, which is nevertheless situated very close to the  industrial port of Rotterdam. Driving there will offer us all sorts of monumental houses, but also windmills, ships and fortifications. And, of course, old-timers!

Where is the meeting point?

We are expected at restaurant Aquarius, Zuidfront 2, 3221 AZ Hellevoetsluis between 12.00 and 12.30 h. The ride will end there too. It’s a nice location on the river Haringvliet with a view of a lighthouse.

What are we goingg to see?

The ride will start at the old fortification of Hellevoetsluis.

Hellevoetsluis was founded in 1598, as a naval port by order of the States of Holland. This took place at the sluice of the polder of Nieuw Helvoet, where in the sixteenth century a natural harbour had formed which offered protection to sea-going vessels.  The port was encircled by strong fortifications.  In the 17th Century the port developed into one of the major naval ports. In 1688 the then Prince of Orange, accompanied not only by the woman he was married to,  Mary Stuart, but also by a number of male friends, set out from this port on his journey to England. He was a protestant and he had been invited by the English nobility to become king  replacing his father-in-law, the catholic James II (who was James VII of Scotland) on the throne.  He became King William III.

Early birds have the chance to see the Museumkade. You can see the museum ship the “Buffel”, Light ship  the “Noord Hinder” and the mine sweeper AMS ms Bernisse. On Sundays the “Buffel” can be visited from 11:00 h. Entry fee is € 5.- p.p. From there it is only 5 minutes to the restaurant.

And what else are we going to see?

From Hellevoetsluis we drive towards Brielle.

Op April 1st, 1572 Brielle was occupied by the  Watergeuzen (Beggars of the Sea) and this event formed the starting point of the rebellion against Spanish rule and the Spanish king Philip II, which ultimately resulted in the Dutch independence.

After having visited Brielle we then go to Oostvoorne for a visit to Oldtimer museum De Rijke. The Oldtimer museum De Rijke boasts a collection of over 200 oldtimers, collected and restored over a period of 40 years, the oldest car dating from 1904. The history of Ford can be seen in miniature there too. In total there are 800 oldtimers. After this visit we go to Rockanje and then we head for our restaurant at Hellevoetsluis again. For our visit to the museum our member Paul has made a photo puzzle for us. For an impresison of the museum please follow  this link.

And after the ride?

Having returned to Aquarius it’s time for a chat and a drink. For those who want to there is a three course dinner waiting after that (€ 25.- p.p., but € 20.- p.p. for the vergetarian option):

Entrecote with a shallot sauce, or

Dorade with a fish sauce, or

Can I take my dog?

Yes, your faithful companion is welcome,  if it is well behaved and on a leash. The restaurant even has a special doggie menu! 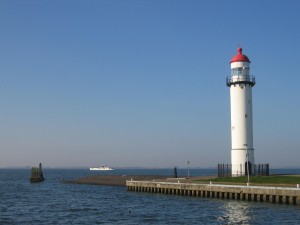 What will all this cost and how can I join?

Members only pay  € 8,50 and guests € 12,50. Included are coffee/tea with pastry on arrival and admission to the oldtimer museum. Dinner and drinks are not included.

Signing up for this event is no longer possible, the final date for that was Sunday October 4 at the latest. You pay in advance, like you’re used to with GCCC. Bank details on the application page.