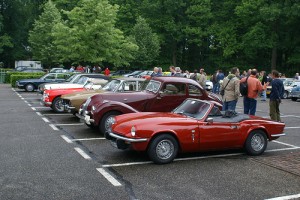 GCCC, Gay Classic Car Club (Benelux) was founded on 17 May, 1992, when, during the first event, over 45 people became members. The idea of such a club had come from the US. Its membership has risen to over 300 in the course of the years, a growth caused mainly by word of mouth, but also because of articles in several (car)magazines and our internet site. The aim of the society is co-ordinating and stimulating the interest in historic, classical and special cars amongst homosexuals (m/f).

GCCC is a unique collection of people. It is the members within the GCCC that make the atmosphere, one that proves to be extremely good. There is a large core of people who turn up at almost every event which results in an enormous enthusiasm. GCCC now has some 300 members (as of December 31st, 2019)